The 40th birthday is a respectable jubilee given to the rare fathers of events and of course events. Along with the Run itself, the history of the Slovenian and we can also say the world mountain run was written on Šmarna gora. So we decided to take this opportunity to walk through the history of Running and the events in one way or another related to Running.

The Šmarna gora slopes have been serving the people of Ljubljana as a training ground for decades. The end of the seventies was the period of the birth of sports and recreational competitions. Let’s remember the skiing, cycling and running marathons and the crowd of people who started working with their bodies in this way!

Among these tormentors of their bodies, as some have named them, rumors have been circulating about incredible times of about 10 minutes to climb to the top of our Mountain. Word gave word and a race was born out of ideas. The shortest route was not interesting, so we chose a less visited and longer variant along the circular Youth Trail.

It all started long ago, in the rainy autumn of 79; a week before the race, a quarter of a meter fell on the saddle; we “took off” the gauze over the meadow on Sedlo, and the south wind picked up the newly fallen snow the day before the match, and only white evidence of our enthusiasm remained along the way. 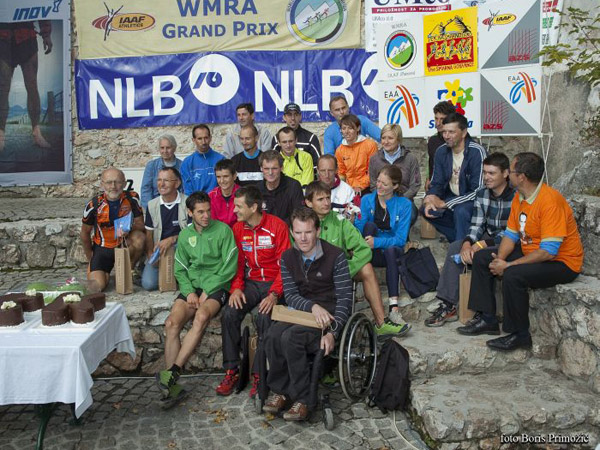 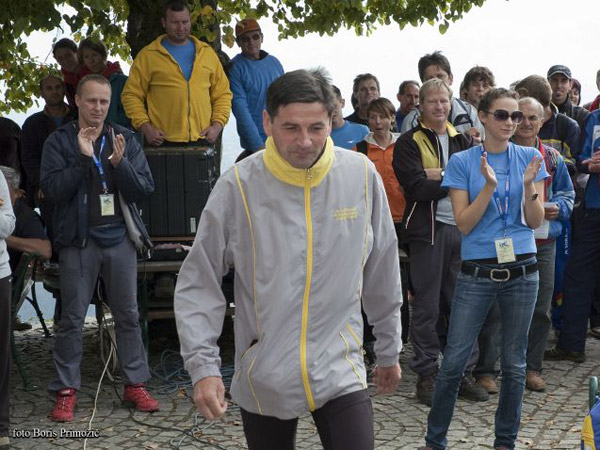 The day before the match, I came to Gora to ask the innkeeper Miho if he had any objections to making the goal of the match the next day in front of the inn, and I brought him tea material in my backpack: elder flowers, honey, lemons … November 18 In the morning, well before the match, when we were just setting up a desk for the registration service under the Grad inn, a young man in tight jeans and black “spikes” came past with a polyvinyl bag in his hands from which “adidas” protruded and asked in a frightened way about a run. ….

Three hours later, I hung the first gold medal of the Šmarnogorski run around his neck. Lado URH, together with his brother Ivan, was one of the pioneers of Slovenian mountain taking. There was no particularly fierce competition among women for the first time – the first winner of the course and the only participant was Terezija GEČ. In the following years, running “caught on” as we call it, especially among recreational runners and other athletes who used running in the hills as a preparation for their competitive achievements. And so in the following years the highest step was exchanged by cross-country skiers, Olympians, neighbors from my beloved Polhov Gradec Dolomites – Bojan Cvajnar and Jani Kršinar. Among women, the Slovenian cross-country recreational scene in this period was dominated today by 81-year-old Helena ŽIGON, who won in 82 and 83 – and the track was crossed at the Run with a starting number on her chest 30 years later. 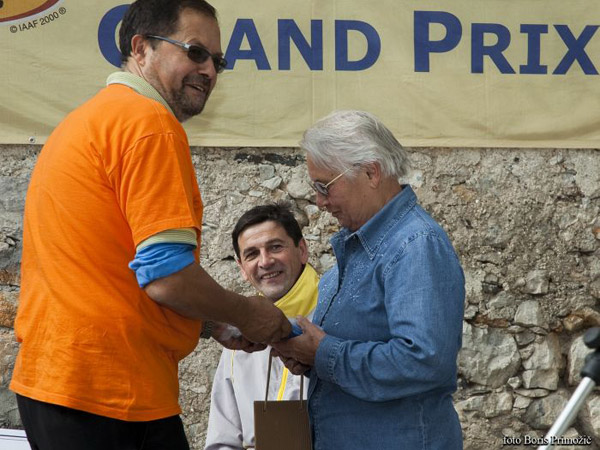 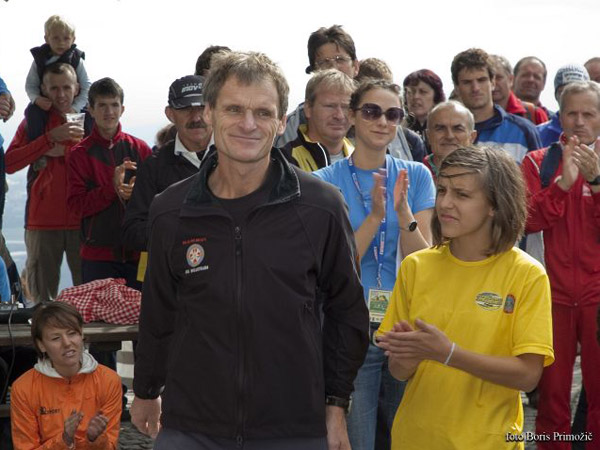 The year 84 is a black hole in the history of Teka – absence due to serving the homeland was also known on Šmarna gora. However, in the autumn of this year, the World Association for Mountain Running was founded, which in later years became strongly associated with Šmarna gora. A year later, the first World Mountain Running Championships were organized. A person whose name is written in golden letters in the history of Slovenian Mountain Running steps on the highest step of the Run. In those dewy years, Franci TERAŽ plowed the wasteland, brought mountain running as a competitive sport from neighboring Italy to Slovenia, organized the first international competition in the native valley of Vrata pod Triglavom, organized appearances at the first world championships where he competed 18 times!

In 86, Marija TROBEC entered the list of winners – a competitor who became a kind of trademark of Slovenian mountain runners in the period 1986-2000 with 15 national team appearances at the World Championships and the European Championships. In the late eighties and the Slovenian sports and recreational scene was dominated by two well-known “steel”, which of course also won on Šmarna gora: Lojze OBLAK and Jože ROGELJ. In the women’s competition, BOHINC Veronika and Nataša NAKRST were the best in this period. This ended the first period of the Run, when the track was about 4 kilometers long, ie without a ribbon over Grmada. The start was the first year “at the stairs”, and later on the edge of the parking lot at the bridge over the Sava. The first ascent also changed – the first year the route from Spodnja kuhinja went directly to the right towards Tacenska kapelica, and then we added a bend over Zatrep, which is the plain below Grmada.

The years 91 and 92 were not only crucial for Slovenia, but also for Tek. Since the challenge of the fastest ascent, despite the ten-year history of running, still remained open, in 91 we decided to organize a REKORD in the spring in addition to the autumn run – that is, anywhere, just as fast as possible from Tacen to Šmarna gora. The boundaries were set by established athletes, Roman HOJAK and 13-time representative in mountain running Anica ŽIVKO.

Just a week after the Record, war broke out and the events that followed did not allow for the organization of an autumn run. However, REKORD differed in some ways from previous runs – the organization was at a much higher level: with electronic timekeeping, organized transport of equipment, the inclusion of a police school and doubled the number of participants. During this time, a group was organized within the Athletic Association of Slovenia or the Committee for Mountain Running, which set itself the goal of organizing mountain running in Slovenia and the Šmarnogorska event was not hidden from the team. Due to the high level of organization, the National Championship was offered to Teka in 1992. In order to approach the criteria set for the competitions by the then already established World Mountain Running Federation, we extended the track with a ribbon across Grmada. Since the new route was – and still is – quite complicated in terms of orientation, we marked all crossroads with wooden arrows. But because all-varieties-cocks come to Šmarna gora, the lifespan of 25 arrows was very short – the longest – about 2 years – the one at Kapelca on the northern ridge was maintained. Over the years it was found and stored …… today it is restored and returns to Šmarna gora in the Teka Showcase.